The whole sector of International Organizations talks about the need for reaching Gender Parity. Several initiatives have been launched within the UN system in line with the UN Secretary-General’s announced programme of action to reach gender parity in international staff positions across the UN Secretariat. Gender parity in Peace Operations is the focus of this article, but is is also uncovering the soon-to-come launch of the Women talent pipeline. 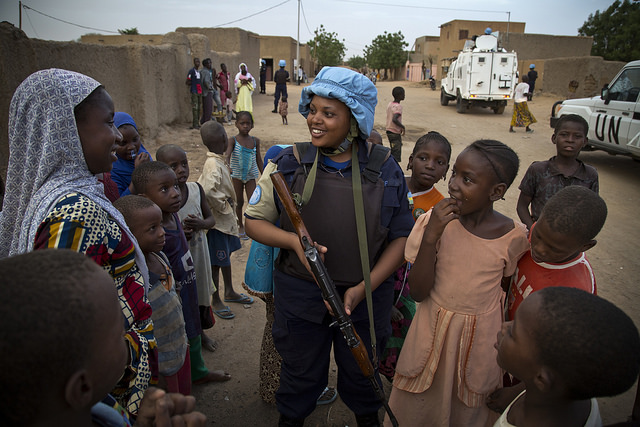 Impactpool has extensive experience and knowledge of working to support efforts to reach gender parity. The CEO of Impactpool Magnus Bucht, has published an article that has been widely spread within the sector showing actions that will move the gender parity agenda forward.

Today there are already more than 4000 courageous, dedicated, and committed women civilians serving in UN Peace Operations. This number includes about 1900 internationally-recruited women and 2300 national staff. The journey to reaching gender parity has started, but the way ahead is still long. Among Internationally recruited civil personnel at the UN Peace Operations, the gender balance is - 28% women and 72% men. Among the locally recruited staff, the gender balance is even less encouraging - 18% women and 82% men.

The focus of UN Peace Operations on recruiting more women comes not only from a focus on gender parity statistics but also from the fact that delivery in the field is more effective with women staff in the teams. Having a diverse workforce has shown that it is easier to build trust among the local population and civil society. Having women on the team helps to better understand the complex problems of war-affected populations. This leads to more efficient decision making and better resource allocations targeting those who need protection.

The high vacancy rate combined with the clear direction of the UN Secretary-General to achieve gender parity, leads to the UN Peace Operations’ rosters being an extremely interesting opportunity, especially for women. If you are interested, we encourage you to start applying and set up a job alert with Impactpool and to click here to see the jobs available today.

Back to the teaser in the introduction. Soon Impactpool will work together with the UN-DFS to recruit civilian women to Peace Operations around the world. Next large initiative goes under the name Senior Women Talent Pipeline (SWTP), and the first initial pilot will be launched shortly targeting senior women. If that pilot goes well and proves a success, we can expect women talent pipelines for all levels in the near future.