by Impactpool
in partnership with UNHCR

What does it take to be a humanitarian worker in some of the world’s most difficult and dangerous locations? Melissa Fleming, Chief Communicator at UNHCR, shares her personal story about creating and hosting a new podcast series entitled ‘Awake at night’. 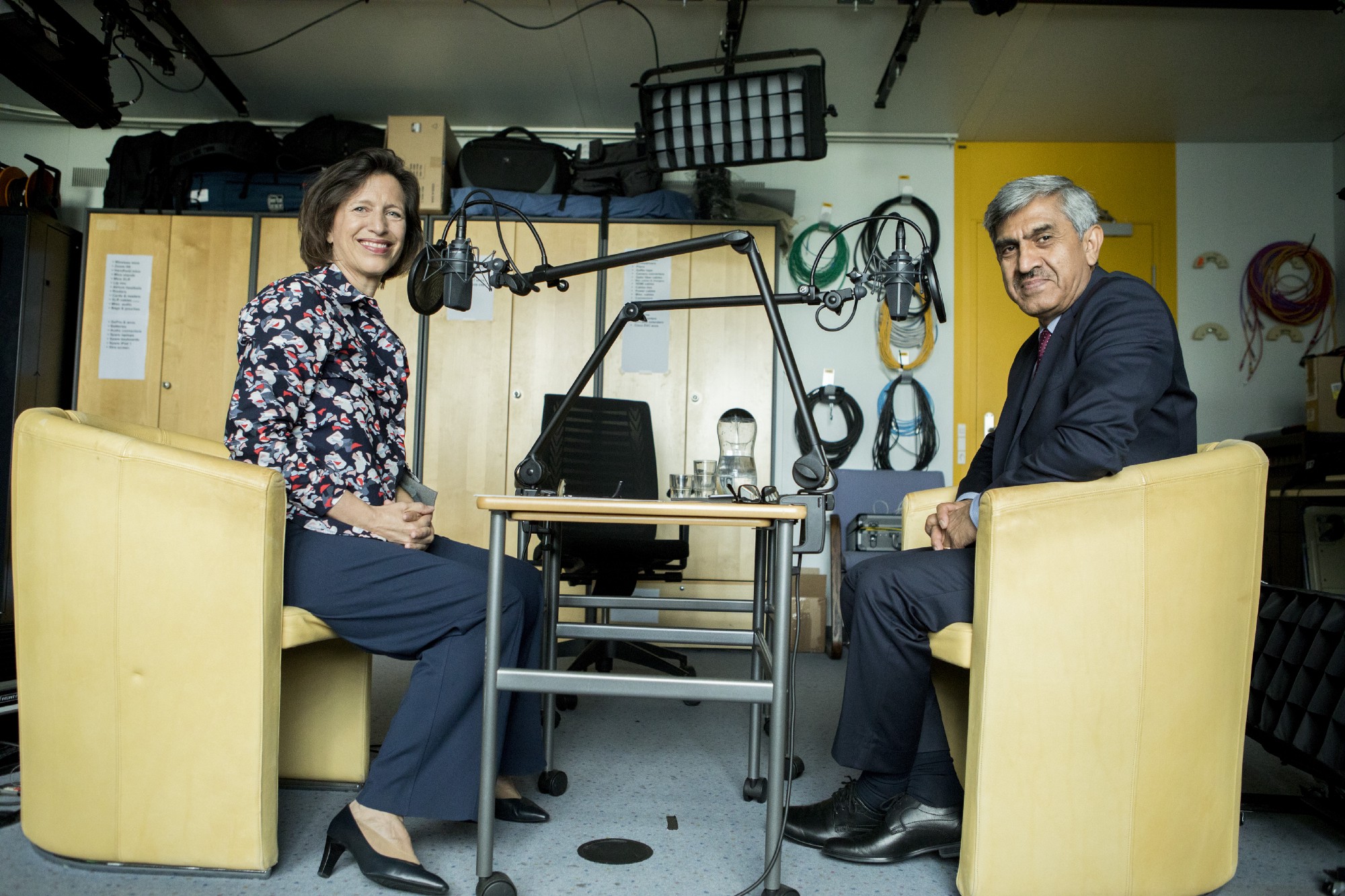 Melissa Flemming In the recording studio with Sajjad Malik

When I started recording a new podcast series at UNHCR, the UN Refugee Agency, I had no idea how emotional the experience would be.

I have met some extraordinary people who have devoted their lives to the cause of serving refugees, but what I always wonder is what drives them. What keeps them going? What keeps them awake at night?

Colleagues were generous enough to really open up and tell me about life experiences in some of the world’s toughest situations, places like Syria, Somalia, Afghanistan, northern Nigeria and Myanmar.

All the countries and conflicts we spoke about are very different and all the people I spoke to are unique individuals, but there was one thing they all have in common. Taking great personal risks, and sacrificing comforts and normal family life, they have selflessly devoted their lives to serving the most vulnerable people on earth. Their insights into human nature — both the evil and the good — are fascinating. They are passionate about what they do, driven by the gratification that comes from saving and helping to rebuild lives.

My colleague Sajjad Malik, who has been working in Syria for over 2 years, told me about the time he visited families who were forced to live in cramped basements with no washing facilities or ventilation.

He told me about the time he came under fire when he was part of an aid convoy delivering food and medicine to displaced families. He had a simple message about the war in Syria, which has torn apart millions of lives: “It has to stop. It has to stop somewhere.”

Sajjad draws strength from the two most important women in his life — his mother in Pakistan and his wife in Geneva.

Fatima Mohammed told me how tough it was to work for UNHCR in her hometown of Maiduguri in northern Nigeria. She told me about her carefree youth — going to school and eating juicy mangoes — and about her university life. Imagine her horror of returning to a place totally changed by the extremist group Boko Haram.

“I didn’t want to believe that many of the places that I knew were actually now occupied by the Boko Haram,” she told me.

“By the time I began to visibly see the internally displaced in Nigeria I couldn’t believe it.”

Talking to Alessandra Morelli, I heard first hand what it’s like to be targeted in a terrorist attack. In Mogadishu, a day before Valentine’s Day in 2014, she was traveling in a UNHCR armored vehicle when “there was an incredible bang and the car rocked right and left like a ball of fire in the air.”

My Colombian colleague Felipe Camargo told me about his experience last year of coming to the aid of Rohingya refugees steaming into Bangladesh in the pouring rain. This was déjà vu for Felipe — one of his first postings as a humanitarian over 20 years before was to help some of the very same Rohingya refugees return from Bangladesh back home to Myanmar. Now they were fleeing again.

When he recognized some of the faces of people he had helped 21 years ago and saw them in desperate conditions in Bangladesh, he told me, “It was very tough, very emotional.”

Felipe opened up to me about not only having to absorb the trauma of others but to face his own — when his life partner lost his life in the Haiti earthquake of 2010.

Vincent Cochetel was held hostage for 317 days, while working for UNHCR in the North Caucasus in Russia. What he went through is a nightmare, but he did not give up and actually returned to freedom thinking about how he can help other people.

He felt very strongly that there should be no more impunity for kidnappers and that by telling his story he can show solidarity with others who’ve gone through this but also help put an end to this practice.

Photographer Giles Duley has covered some of the worst conflicts of our time. When he was in Afghanistan he stepped on an improvised explosive device (IED) and was at the edge of death. No one expected him to survive and three of his limbs had to be amputated. “It just wasn’t my day to go,” he told me. Over the course of a year, he endured 37 different surgeries. Incredibly, he never lost his optimism.

His drive to document the lives of victims of conflict just grew stronger. Giles has photographed refugees during many assignments with UNHCR including in Iraq, Angola and Greece.

Meeting such committed humanitarians and listening to their stories and experiences powerfully reminded me of the importance of personal engagement, of the resilience of us humans, and of the power of empathy and compassion in facing very difficult circumstances. I hope that through this podcast series, everyone will get inspired by their humanity and commitment to helping people who need it most.

- By Melissa Flemming, Chief Communicator at UNHCR, author of A Hope More Powerful than the Sea, TEDtalks Speaker, advocate for refugees

Listen to the Awake at Night Podcast

Do you want to work for UNHCR?

See all their vacant jobs.