Asia and the Pacific: India 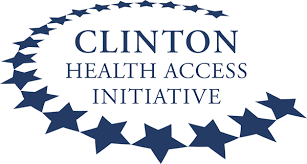 CHAI is an Equal Opportunity Employer, and is committed to providing an environment of fairness, and mutual respect where all applicants have access to equal employment opportunities. CHAI values diversity and inclusion, and recognizes that our mission is best advanced by the leadership and contributions of people with diverse experience, backgrounds, and culture.

CHAI, in partnership with its India affiliate William J Clinton Foundation (WJCF), works in close partnership with and under the guidance of the Ministry of Health and Family Welfare (MoHFW) at the Central and States' levels on an array of high priority initiatives aimed at improving health outcomes. Currently, CHAI works across projects to expand access to quality care and treatment for HIV/AIDS, Hepatitis-C (HCV), tuberculosis, cancer, immunization and essential medicines.

Talent is the fundamental driver of WJCF’s success in helping save lives and reduce the burden of disease. WJCF’s organizational values reflect its relentless endeavour of hiring, nurturing, empowering, and celebrating diverse and high calibre individuals who come together to work as cohesive teams. WJCF places a high premium on providing its staff with an enabling environment that encourages entrepreneurship, humility, respect, equal share of voice and fosters high impact innovation to address some of the most challenging healthcare issues.

Through the prioritized implementation of high impact public health interventions like immunization, access to safe drinking water, improved neo-natal and infant care and access to effective treatment for pneumonia and diarrhoea, India has reduced its infant mortality rate (IMR) from 89 in 1990 to 32 in 2017 and Under-five Mortality Rate (U5MR) from 126 in 1990 to 39 in 2017. India's Universal Immunization Program (UIP) is one of the largest public immunization programs in the world. It caters to 26.3 million infants and 30 million pregnant women annually through 9 million planned sessions. The program provides access to vaccines against 11 Vaccine Preventable Diseases (VPDs) at the national level and against two VPDs vaccines at the sub-national level.

Since 2015, WJCF has been collaborating with partner governments for achieving the national goal of 90% Full Immunization Coverage in priority states and districts to protect children against high burden vaccine preventable diseases such as childhood pneumonia; diarrhoea; polio; measles; tetanus etc. Under the aegis of the state governments of Bihar, Madhya Pradesh, and Uttar Pradesh, WJCF helps government actors improve Routine Immunization outcomes through system strengthening initiatives. Additionally, WJCF also supports the Immunization Division, MoHFW on similar initiatives sustainable coverage improvements. For working towards its coverage and equity vision, WJCF focuses on augmenting governance outcomes by capacitating programme managers, data handlers, and front-line workers to undertake data-driven decision making for identifying and immunizing Zero Dose children in a systematic manner on the one hand and strengthen the running programme’s effectiveness for segments whom the system already reaches on the other hand.  This approach is anchored in tools, frameworks, and operating models that are co-created and contextualised in partnership with the government actors themselves. Alongside data-based decision making for programme management, WJCF also works on strategic planning, demand generation initiatives, and supply chain optimization.

WJCF is seeking a highly motivated individual with outstanding credentials and demonstrated experience for the role of M&E Analyst. The Analyst will report to the State Team Lead of WJCF’s Immunization team in Bihar and will be responsible for progress monitoring of the immunization program of WJCF. The Analyst will evaluate the impact of the interventions from WJCF on immunization outcomes as well as broader public health systems. The Analyst must be able to function independently, be comfortable working and coordinating the operations of cross-functional teams, be flexible, and have a strong commitment to excellence. WJCF places great value on relevant personal qualities: resourcefulness, responsibility, tenacity, independence, energy, and work ethic.

We do our best to provide you the most accurate info, but closing dates may be wrong on our site. Please check on the recruiting organization's page for the exact info. Candidates are responsible for complying with deadlines and are encouraged to submit applications well ahead.
Before applying, please make sure that you have read the requirements for the position and that you qualify.
Applications from non-qualifying applicants will most likely be discarded by the recruiting manager.
Apply
Relevant Articles