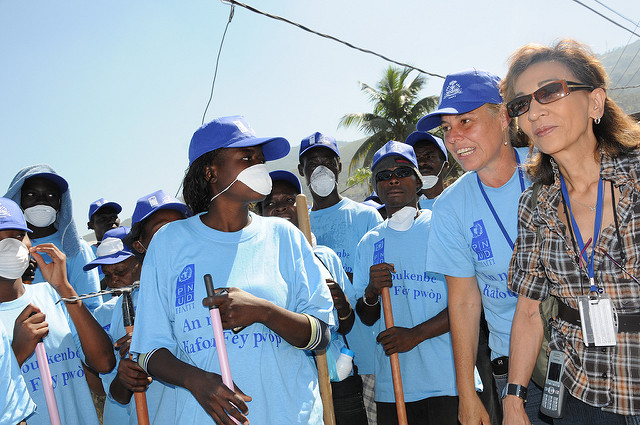 Western Sahara is a territory on the north-west coast of Africa bordered by Morocco, Mauritania and Algeria and administered by Spain until 1976. Both Morocco and Mauritania have affirmed their claim to the territory, a claim that is opposed by the Frente Popular para la Liberación de Saguia el-Hamra y de Río de Oro (Frente POLISARIO).

MINURSO was established by Security Council resolution 690 in 1991 in accordance with settlement proposals accepted on 30 August 1988 by Morocco and the Frente POLISARIO.

Ms. Bolduc is in charge of leading MINURSO in monitoring the ceasefire and eventually to implement the region’s settlement plan, as approved by the Security Council, which provides for a transitional period for the preparation of a referendum in which the people of Western Sahara would choose between independence and integration with Morocco.

Ms. Bolduc brings to the appointment more than 30 years of experience in international development and humanitarian work, as well as a demonstrated record of management and leadership.

She held various field appointments within the United Nations system since she joined the Organization in 1987, including positions in Honduras, Iraq, Peru and Ecuador.  She also spent eight years working in Africa.

Ms. Bolduc obtained her master’s degree in international development and cooperation from Ottawa University in Canada, and was trained in conflict resolution and humanitarian action at that institution, as well as at the University of Geneva.

Please note: This text is reproduced in part from an official text of the official United Nations website. Click here to read the official press release of the nomination of Ms. Kim Bolduc

Find out more about MINURSO