“I prove that a Muslim woman can keep her home, her husband, ensure the education of her children, succeed in her professional career internationally and contribute to the stability of African countries, contrary to established prejudices.”

Hawa Ahmed Youssouf is the Special Representative of the African Union (AU) in Madagascar. Hawa is one impressive leader that made it into the Senior Women Talent Pipeline (SWTP) in a previous intake. In this blog post, she describes how her strengths and determination have made her succeed in a “man’s world”. 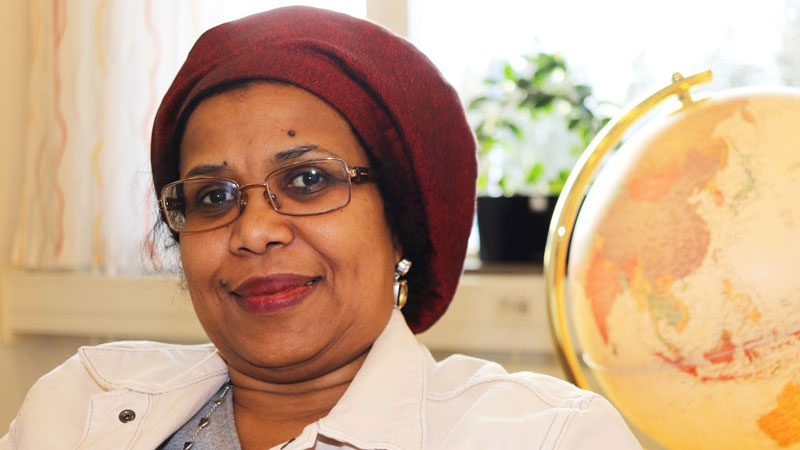 I was the first female minister appointed by the Government of Djibouti in 1999, and chief of the list of women parliamentarians who first entered the Parliament of Djibouti in 2003. I developed the national strategy for the integration of women in development. I facilitated the entry of women into the national army, police, and gendarmerie, and in 2010 was the first African woman appointed Special  Representative of the African Union (AU) in a country in conflict, the Central African Republic. Since 2010, I have contributed to the peaceful resolution of various political crises in the AU and, working with partners, to the stability of the countries involved.

My strengths are my determination, my will to succeed in a “man’s world” and to show that women are competent in spite of stereotypes or cultural practices in some Muslim countries. A woman can make a difference by carrying out concrete actions. By agreeing to work in a country in conflict within the AU in 2010, I have taken up a cultural challenge, dispelling the idea that a married Muslim woman can- not work outside the country of her family’s residence. This is thanks to the moral support of my husband who is understanding - an essential factor for my success.

The important factors: are courage, resilience and continuous fight, dynamism, and an intense work ethic. A woman always works three times harder to demonstrate her competence in a mission, and to reconcile with family responsibilities. I prove that a Muslim woman can keep her home, her husband, ensure the education of her children, succeed in her professional career internationally and contribute to the stability of African countries, contrary to established prejudices.

My career progression has been difficult. I have had to fight daily to claim my rights and those of my female colleagues. I was the first woman appointed as Government Commissioner to the Administrative Litigation Council in 1994, the first woman adviser to the Minister of Finance in 1993 (a man’s environment), and the Minister in 1999. In the Parliament in 2003, I encouraged Djiboutian women to fight for equality with men. I overcame these obstacles with self-denial and courage, always keeping faith in myself.

I had to prove to the AU that a woman can resist a conflictual context and fully take upon herself her responsibilities.

Through my persistence, dedication, and behavior towards the political stakeholders, I have brought confidence and credibility. I was able to solve several crises in the Central African Republic and Madagascar as representative of the AU and leader of partners.

Learn more and apply to the SWTP
This article was developed in partnership with the United Nations and serves to increase the dissemination and visibility of the Senior Women Talent Pipeline Call for Nominations.

There is no cost associated with submitting nominations and neither the United Nations nor Impactpool charges a fee at any stage of the process.