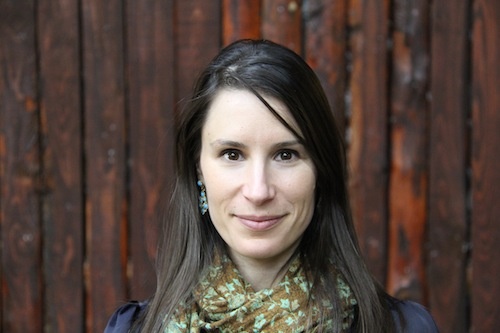 How can leaders advance gender equality? Read this post by our guest-blogger Kristine St-Pierre. Kristine is an independent consultant with experience in research, analysis and training in the field of gender parity, equality, women, peace and security, peacekeeping and security sector reform. Her recommendations goes very well in line with the System-Wide Strategy on Gender Parity.

We've heard a lot about gender differences in leadership: from women's and men's leadership style, to how their leadership roles are perceived differently, how their effectiveness in these positions are viewed differently, and how they are often held accountable in different ways.

However, few articles point to the requirements of leaders - both women and men - when it comes to advancing and promoting gender parity and equality. In other words, how can leaders advance gender equality?

Before answering this question, however, I'd like to first discuss the importance of leadership when it comes to gender equality. Indeed, any major organisational transformation requires great political will backed up by strong leadership.

Effective leadership involves having a clear vision and a strong strategy for implementing change. In the case of gender equality, this means developing a gender mainstreaming strategy with clear objectives that identify gender considerations as cross-cutting and non-negotiable. Such a strategy should include gender mainstreaming as part of policies, programs, conduct of personnel, as well as training. In addition to having the support and commitment of the leadership, any strategy must be backed by financial and human resources.

Support from the highest levels also ensures sustainability of efforts. As I mentioned in a 2011 article:

While gender mainstreaming using a bottom-up approach can serve as a means of convincing staff of its relevance through a direct demonstration of its positive impacts on operations, in the absence of leadership and support from the highest levels, such an approach will not be sustainable in the long run.

If your organisation has a strategy, you are several steps ahead. In the absence of such a strategy (or even where a strategy exists), there are various things that women and men in leadership roles can do to demonstrate that gender parity and equality is a priority.

Here are five ways leaders can support gender parity and equality and at the same time be more gender-sensitive.

Be a champion on gender issues - Being a gender champion includes being supportive of and taking on an active role in gender initiatives see the recent study on gender inclusive leadership by Professor Elisabeth Kelan at the Cranfield School of Management). Being a champion also means taking the time to explain to others why these initiatives are important for the future of the organisation. In addition to being a champion yourself, it is also imperative that you build a dedicated team of gender champions and advisers. These functions are particularly important for driving change within an organisation and for helping to implement the various policies and strategies. Surrounding yourself with people that have the knowledge and expertise to take this forward will go a long way in supporting the change you want to see.

Communicate in a gender-sensitive manner - An effective leader sets the tone for the direction and work of their organisation. As a leader, you should ensure that your messaging is consistent across platforms and audiences, particularly when it comes to your organisation’s gender equality objectives. This also means being inclusive in the language that is used both verbally and in writing; derogatory or discriminatory language should never be tolerated. As a leader, you set the example.

Promote gender balance & diversity - Continuously seek to increase equal representation of women and men as part of work teams and committees, and within the larger organisation, as well as greater representation from diverse groups. At the same time, leaders should work to create a space for all voices to be heard. This means paying greater attention to gendered experiences, including who has access to power and whose voices are valued over others. An effective leader views both women and men as equal contributors to the organisation and to its work, and is not afraid to encourage women to take on different roles and ensure their skills don't go unnoticed.

Consider gender-specific initiatives - An effective leader recognises women’s and men’s different needs and experiences and seeks to ensure that these do not put either, and women in particular, at a disadvantage. This also means ensuring women and men have the same opportunities to advance in their career and be promoted to higher positions. In some cases, this may mean creating gender-specific programs for women “to bring out their best self” see Five things to promote gender equality at work. “Mentoring, helping other women up the ladder and making women more visible” are important strategies for promoting gender equality in the workplace.

Challenge discriminatory practices - This includes challenging workplace practices to make them more gender-sensitive. As a leader, it is crucial that you eliminate discrimination on the basis of gender, especially when it comes to family and caring responsibilities. At the same time, it’s important to recognise and call out any potential conscious or unconscious gender biases or mindsets that create invisible barriers for women. (For a great description of some of these biases, see The Huffington Post article by Caroline Turner.

Other biases around sexual orientation, race, ethnicity, age, and family status must also be identified and challenged. (For more information on mitigating unconscious bias in recruitment, see the United Nations video UN-Biased).

Demonstrating a strong commitment to zero-tolerance toward sexual assault and harassment is also an important means of advancing and promoting gender equality.

These five areas are certainly not exhaustive, and some of these should already be part of a gender mainstreaming strategy, if it exists. Still, I hope this list can provide a good starting point or additional food for thought. If you have other recommendations for leaders, please share them in the comments below.

About the author: Kristine St-Pierre is an independent consultant with experience in research, analysis and training in the field of gender equality, women, peace and security, peacekeeping and security sector reform. Kristine brings extensive experience in terms of integrating gender as part of police reform and peacekeeping, having developed and facilitated close to three dozen workshops and trainings for police and military organisations across Africa and Latin America on the subject. Her particular interests lie in supporting organisations in advancing gender equality and in the practical implementation of United Nations Security Council Resolution 1325 on women, peace and security.

Over the years, she has worked with numerous government and international organisations, including the UN Department of Peacekeeping Operations, Global Affairs Canada, the RCMP, Queen’s University as well as the Institute for Security Studies in South Africa, World Vision Canada and Agriteam Canada. Kristine is also a member of the steering committee of the Women, Peace and Security Network - Canada.