The key to measuring the sourcing impact of a certain talent group is to define what type of talent you are looking for and quantify the desired result. The challenge to recruit women to crisis or hardship locations has been a mantra ever since I entered this sector as a recruiter. In this article, we will take a look at that mantra - and how it may really be an urban legend.

In this article we describe a real case we recently had for a client that have most of their operation in deep field. We started by defining an overall objective together with our client for the sourcing effort. It was a piece of text no longer than a few sentences. 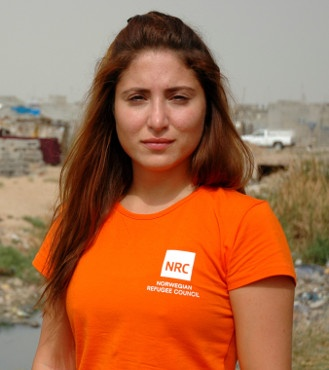 To concretize the objective, we broke it down and formulated four simple actions:

We also developed in-house content to help talents build their own picture of what they were actually applying for. No glorifying descriptions of the work or the organization. We tried to create a picture of the reality as close as possible to the truth.

What is it like to live in a container in a field mission? What does a working day look like? What skills and competencies is the recruiter looking for when screening individual applicants for these positions?

We also described earnings not just in terms of salary, but also in terms of the experience that would be gained in taking on a particular role. To create content, we interviewed staff with similar profiles. We asked them to tell their stories and talk about what they felt had enabled them to succeed (Sample how a campaign can look like).

Importantly, we communicated through social media in the local language. If you want to get the message across and shared in Arabic-speaking networks, write the message in Arabic.

So what did our simple actions lead to in terms of results?

But the question remains, how many where suitable for the roster?

The definition of a roster can differ, however in this organization it is defined as a pre-assessed pool of talent that could be used to fill future vacancies without going through a new recruitment process. To refresh up our minds the overall campaign objective was to source talent to ensure that Organization X can reinforce 4 [Job family Y] Officer rosters with Arabic-speaking talent willing to serve in hardship duty stations, including at least 10 female and 10 male roster candidates at each level:

Sourced talents suitable for the roster

Suitable new applicants that is used in the table refers to applicants that created a recruitment profile in the organization's recruitment system just to apply for one of these rosters. The target was 10 Arabic-speaking talent per roster, in this effort each roster were filled with between 40 and 102 suitable women willing to serve in hardship duty stations.

Last but not least important result: No more excuses for not finding qualified women from developing countries for your International Organization.

In an upcoming article we will share what we did to address the challenges specific to women in these contexts and what we suggest is the way to reach gender parity! Subscribe to our e-mail updates to get notified when we publish a new article.

Do you want me to help you with a similar campaign, send me an e-mail or find contact information here.