“Walking together, rather than in front of others has been a real lesson for me. We achieve more when we do not worry about who takes the credit, but when we get the results that help those in need.”

Meet Muleya Mwananyanda the Deputy Regional Director - Southern Africa for Amnesty International. Muleya is one impressive leader that made it into the Senior Women Talent Pipeline (SWTP) in a previous intake. In this blog, she shares how she has campaigned in over 100 countries for education rights for girls and women. 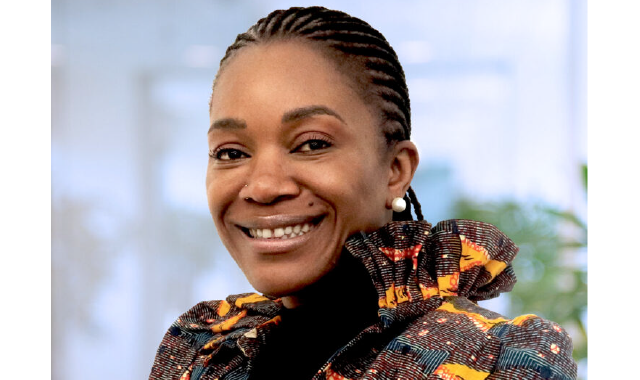 I started off as a journalist in 1994 working for the foremost independent newspaper in my country, “The Post.” This was at a time when there was a wind of change blowing across Africa.

Zambia was one of the first African countries to abandon single-party rule for multiparty politics. It was a time of great expectation and hope and work- ing for “The Post” was one of the greatest achievements a college graduate in journalism aspired to. The newspaper was seen as an alternative to the government media that had dominated since Zambia’s independence in 1964. I was a feature writer, mainly writing about the environment and social justice issues, particularly covering people in rural settings. I felt a sense of real achievement when communities would send letters to the editor thanking the newspaper for exposing their plight. I was also very privileged to work for a continental human rights organization. It was during this time that I realized I wanted to work in human rights. Using my skills as a journalist, I started a continental publication called “The Afronet File,” featuring human rights challenges and proposing solutions.

I was very proud to be invited to be part of an NGO group that drafted what is now called the Maputo Protocol, an instrument aimed at ensuring that African women’s rights are protected, promoted, and fulfilled by governments. I was also proud to be a co-founder of the Zambia Campaign to Ban Landmines, which was part of a revolutionary movement - the International Campaign to Ban Landmines. This involvement contributed to what is now known as the Ottawa Treaty. For two years, I wrote the Zambia entry of the Landmine Monitor Report, an instrument that monitored state compliance with the Ottawa Treaty.

Over the years, my career has been focused on service and providing platforms, especially for those not in a position to do so on their own. For example, I have campaigned in over 100 countries for education rights for girls and women. This was a challenging role as it required liaising with and navigating many national education coalitions to reach an agreement on this global issue. The challenge also presented an opportunity; it was during this time that I developed strong skills in negotiation and influencing. I contributed to the organization’s growth by co-authoring a global education campaign that would galvanize over 11 million people to call on governments to prioritize education. This resulted in pledges and actual contributions of over one billion dollars for education efforts in the least developed countries. It was a proud moment for me.

In my current role, as we expose human rights violations, I have been privileged to bring human rights issues before governments and corporations. One of the things I have learned is that confrontation or naming and shaming do not always work. I have learned the skill of reaching out to those named in violations in order to bring them to the table with those affected and work towards addressing contentious issues. I have faced many challenges over the years, but those low points have always paled in comparison to what I have been able to achieve because I have always turned challenges into opportunities. This was made possible by the many people who have supported me, including my supervisors and colleagues.

Learn more and apply to the SWTP
This article was developed in partnership with the United Nations and serves to increase the dissemination and visibility of the Senior Women Talent Pipeline Call for Nominations.

There is no cost associated with submitting nominations and neither the United Nations nor Impactpool charges a fee at any stage of the process.