The UN Secretary-General, António Guterres has launched an ambitious strategy to reach gender parity at the senior levels of leadership by 2021, and ultimately in 2028 across the whole United Nations. But how true is this System-wide Strategy on Gender Parity and its recommendations? We believe there's a high risk that this strategy only will keep the status quo. Impactpool wants to speed up the process to reach the parity goal by building the world's largest pool of qualified women.

On the UN day (24 October 2017) Impactpool launched a global initiative, with the ambition to build the world's largest pool of qualified women. Everyone accepted into the pool will be granted access to Impactpool's library of training material, career content, application writing and assessment guides and our interview questions database.

Every major decision at the United Nations is forgoing internal politics. To find and understand where politics defeat rationalism requires deep subject matter knowledge. Unfortunately, the Fifth committee of the General Assembly (the committee responsible for administration and budgetary matters) have always had a low status among member states. Although Heads of States openly complains about an inefficient UN and how it should be led and organized, the Fifth committee has always been down-prioritized, even to the level that some member states have sent their interns to represent them in the committee!

The combination of low knowledge, low interest, complex administrative procedures and rules has created an environment where the member states’ representatives suffer from their knowledge disadvantage to the extent that they have nothing to do or say, but to trust the UN leadership. When reading the System-Wide Strategy on Gender Parity, the strategy gives an ambitious impression. But for us, some areas in the report also creates question marks and alarm bells to sound.

The overall conclusion of the strategy sounds well thought through. Achieving gender equality and parity is an urgent priority not only as a basic human right, but also as it's essential to the UN’s efficiency, impact and credibility. The success reads a combination of 1) creating an enabling environment internally at the UN to ensure that women retain and not leave when they are coming in their forties (mid-career) and 2) hard work at the sourcing, outreach, branding and recruitment stage to attract women to apply and ensure they are being hired.

One first challenge that must be resolved to realistically achieve the goals, is to get more women to apply. Today, when studying applications received, the gender parity at the UN’s recruitment system Inspira shows that 80% of the applications come from men and only 20% from women. The same statistics apply to UNDP, the second most active recruiting organization at the UN. Also, UNDP has an 80% / 20%, male/female application ratio.

There are several reasons for this imbalance. One reason is that the member states of the Fifth committee of the General Assembly fail to ask the correct questions when it comes to gender equality, parity and diversity. Correct questions would include, and ask for statistics that apply for the whole work-force and would require the UN to also secure diversity among the Contingent workers (Service Contract, Consultants etc.). This is a group of employees that counts for a very large part of the work-population of the UN.  The lack of the right questions allows for the UN to continue to fly under the radar, and only report back the 'brightest side' of the workforce.

At UNDP, contingent workers are the far largest group of workers. If staff and contingent workers are grouped together, it is said that 75% of all personnel at UNDP would be Service Contract and Consultancy Contract holders. In this group, the gender parity is 80% men and 20% women. So why is this so important? Because the sad part of the story is that this is the future pipeline for staff positions. When recruiting "external" candidates, it's a strong merit to have previously worked as a consultant to the organization compared to other candidates who don't have any experience from the UN. Hence, to change the ratio of contingent workers to 50/50 is imperative to achieve this ambitious strategy and get more women selected.

To ensure equally many applications from men and women is probably the one single activity that would have the largest impact on the overall gender equality objective, but also the costliest and challenging one. So, one place in the strategy where our alarm bell is sounding is at the recommendation pertaining to outreach and sourcing:

“Job openings that fail to yield a minimum 20% female applications will require written justification from the hiring manager on the positive outreach measures taken to attract women applicants. In the absence of a strong justification, job openings to be extended / reopened.”

This recommendation raises questions. Are there more recommendations in this strategy that are just “proposals” packaged in beautiful words, leading to conserving the present? For us this is simple logic. Say that you are organizing a dinner party and you expect to have an equal number of men and women as guests. Would you then start with having 80% men on the guest list? 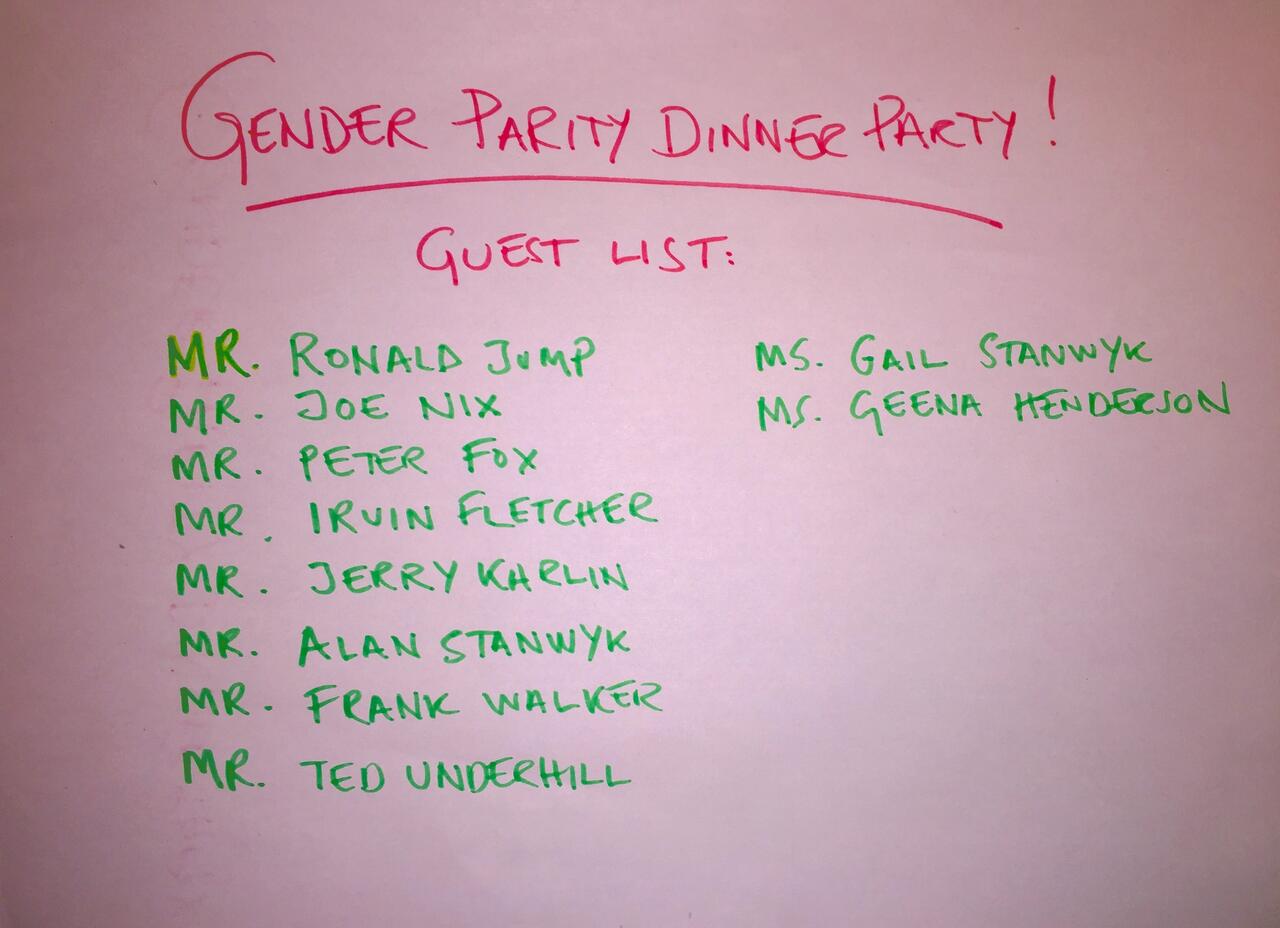 By choosing 20% as the minimum yield for written justification means that neither the UN Secretariat (Inspira) nor UNDP (jobs.undp.org) needs to do anything different from what they do today when it comes to women sourcing, outreach and search. They can just continue the same way they always have been doing and very few times they will need to make a written justification. If the minimum yield instead was raised to 50%, or at least 30%, the need for investments and innovation would make this strategy more interesting and effective. Even if a shortlist requirements says 50/50, not ensuring equal number of applicants will most likely negatively impact quality.

Impactpool does not believe that 2 women applicants out of every 10 applications are sufficient nor an ambitious target, in fact it should not be an acceptable goal. In the absence of ambitious goals that will lead to expected results, Impactpool have therefore decided to launch a new talent program to increase the number of quaified women.  Our pool will be accessible and an effective source to search, reach out and invite qualified women to ongoing recruitments.

We now kindly ask you to help us share this initiative! The best help we can get is if your organization share our initiative through your social networks, or just simply add a link from your site pointing at our campaign.

We have highlighted two clear examples of when internal politics and knowledge advantage defeated a higher purpose. These are examples that the Secretary-General, António Guterres can rest assure that the member states of the Fifth Committee are lacking the capacity and knowledge to uncover or ask anything about.  One final question that we also find unclear, is the accountability part, who is held accountable if the strategy is not fulfilled? But that question deserves an own whole article, doesn't it?