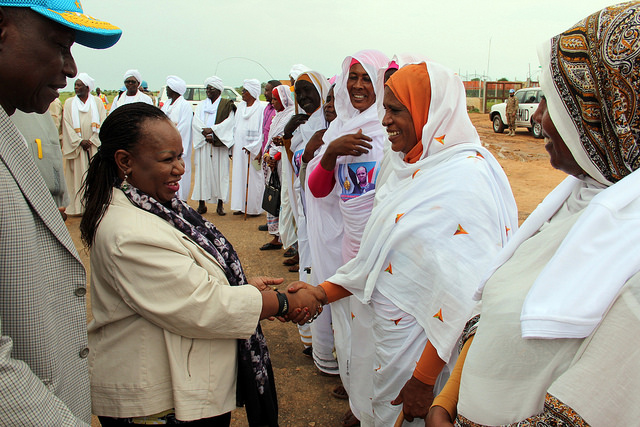 The mission’s primary role is to protect civilians. In addition, UNAMID contributes to providing security for humanitarian assistance, monitoring and verifying implementation of agreements, assisting an inclusive political process, contributing to the promotion of human rights and the rule of law, and monitoring and reporting on the situation along the borders with Chad and the Central African Republic (CAR).

Ms. Keita brings to the position a wealth of experience with more than 25 years of service in the United Nations. Her most recent positions include Ebola Crisis Manager for Sierra Leone and Chief of Staff for the United Nations Mission for Ebola Emergency Response. Prior to that, Ms. Keita served in several senior management and leadership functions with the United Nations Children’s Fund (UNICEF) in Chad, Congo, Madagascar, Cape Verde, Rwanda, Burundi and New York.  From 2007 to 2010, Ms. Keita was Deputy Executive Representative of the Secretary-General for the United Nations Integrated Office in Burundi.

She has also worked with the United Nations Development Programme (UNDP) and the Canadian International Development Agency in Guinea.

Please note: This text is reproduced in part from an official text of the official United Nations website. Click here to read the official press release of the nomination of Ms. Bintou Keita

Find out more about UNAMID